Beyond the Clinic Collaboration in Coen

Beyond the Clinic Collaboration in Coen

In the remote Cape York community of Coen, aged care staff drive around community every morning, picking up people from their homes to come and have breakfast at the St John Community Care Centre.

In late 2016, Centre Coordinator Koi Njoroge, an Enrolled Nurse, noticed something was wrong with diabetics who were breakfast regulars.  The women were tired, weak and displaying symptoms of out-of-control blood sugar.

Koi asked the woman if she had insulin and was assured she did. She visited the woman’s home and found six boxes of insulin in the fridge, some of it expired. It was clear that while the woman did have insulin she wasn’t using it.

Something needed to be done.

Koi asked the woman’s family if they were comfortable with her helping her take her medication.

They were, so Koi invited the woman to come to her office each morning to get her blood sugar tested and take her insulin.

The woman agreed and word got around.

The two diabetics from the breakfast group started to come into the Centre office every morning so Koi could help them with their testing and medication.

Maureen started working with Koi to ensure best practice health and safety guidelines were in place and that she had all the supplies she needed to support the three women.

‘Sometimes it’s impossible for people to look after themselves at home,’ Maureen explained.

‘It could be that the patient is not comfortable with testing themselves and administering insulin or often, people put themselves last and look after everyone else but themselves.’

‘Coming into the Centre and having everything there, tidy and organised, had made what was impossible, possible. Formerly, these women were not taking their insulin on a regular basis.  Now they go down to the Centre office every day, get help with testing and medication and then go and have a healthy breakfast. The turnaround has been nothing short of incredible. The patients are rapt; they are feeling much better. They just needed a place to go, and a bit of support.’

Koi has also seen a dramatic change in the health of the three clients.

‘Originally they needed to get their blood sugar levels tested every day but through regular treatment this has been reduced to every two days. The clients are really happy and it’s working well for me too. I used to have to go pick up supplies but Maureen has given me a box and whenever I need more I just go up to the Apunipima clinic and they fill it up for me.’

‘The best thing has been the change in the clients.  They have moved from not dealing with their condition to being completely in charge – they now ask when the Centre staff will be picking them up.’ 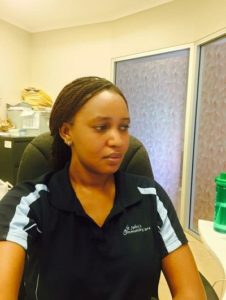 St John’s Community Care is a not-for-profit charity which identifies the unmet health, wellbeing and reablement needs of communities and addresses gaps in services.

© 2021 All Rights Reserved. Developed by Generate Your Audience